When is the Safest Time to Drive? 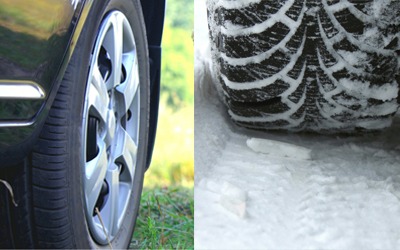 It is commonly believed that winter is the most dangerous time for driving, the wintery mix of ice and snow makes for hazardous conditions causing more accidents. While it is true that more accidents tend to occur in winter, fatal crashes are actually more common in the summer than the winter. In fact, January, February, March, and April are actually the months where the fewest accidents are seen. The most accidents occur during the fall months, as seasons change and road conditions become dramatically worse, but these accidents are mostly minor. The highest number of fatal crashes occur during the summer months, but why?

This could be due to a number of factors. The roads are busiest during weekends in the summer, as families and friends are driving to summer getaways and other outdoor activities. The increased traffic during the summer not only boosts the number of total accidents but also increases a driver’s likelihood of getting in an accident. Summer holidays Memorial Day, Labor Day, and the 4th of July see more accidents than any other days of the year. The combination of increased traffic, drunk driving, and night traveling make these weekends especially dangerous.

Studies have shown that the highest number of accidents occur during the rush hour periods of around 3 p.m. to 6 p.m. because this time of day sees the highest number of vehicles. However, the 12 a.m. to 4 a.m. period sees the largest percentage of accidents compared to the number of cars on the road, making it the most dangerous time to drive. This late-night driving brings an increase in drunk or tired driving and low visibility that leads to many crashes. Night drivers are also less likely to be wearing a seat belt, which increases the likelihood of a crash being fatal.

It goes without saying that you should practice caution any time you are in the car but as winter melts away, and drivers get more comfortable, it is as important as ever to stay focused on the roads. If something unfortunate does happen, come visit us at Eustis body shop and we’ll get you back on the road as soon as possible. 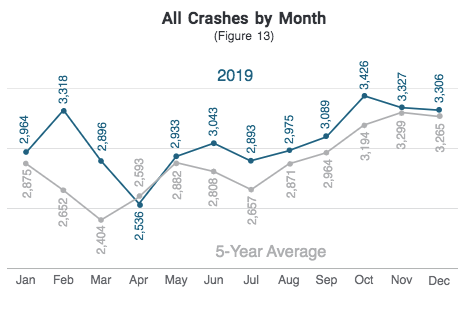