Plugged In! Facts About Electric Vehicles 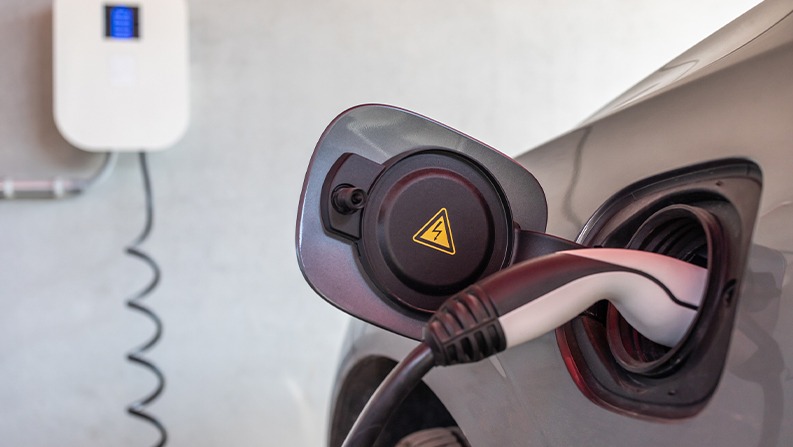 Whether you’re an early adopter or a dyed-in-the-wool petrolhead, electric vehicles (EVs) are coming. And in some ways, they’ve always been here. According to the Department of Energy, EVs have existed since the 1830s (!). But the history of the modern EV really began in the 1990s with GM’s EV1 and went mainstream with the production of the Toyota Prius in 1997. From there it’s been a slow build to today with nearly every manufacturer featuring at least a hybrid car in their lineup, and companies like Tesla, Polestar, and Rivian producing ONLY electric vehicles.

So whether you’re looking for a new EV or still aren’t sure about the whole thing, we’ve got the facts for you. In our short guide to electric vehicles, we’re talking about what types of EVs are out there, the fact about range, charging points, and the costs (and credits) of owning an EV. Let’s unplug and go (quietly)!

Consumer Reports says that EVs will make up 9% of the U.S. vehicle market by 2025. That may not sound like much, but consider that in 2021 SUVs made up 8.8% of the market. That’s a lot of EVs. However, not all EVs are created equal. In fact, there are 5 types of electric vehicles, but for today we’re concentrating on 3 types of EVs: Battery-Powered (BEV), Hybrid (HEV), and Plug-in Hybrid (PHEV).

This is a vehicle that relies ONLY on its electric motor to move. This motor is, of course, powered by a battery. Or more accurately, a pack of several batteries. The batteries are rechargeable and are charged by being plugged in. These vehicles have no gas-powered engines whatsoever and therefore don’t create any exhaust or emissions. Companies like the aforementioned Tesla and Rimac are even taking BEVs to the next level by creating high-performance versions of these fully electric cars.

A hybrid-electric vehicle (or in some cases called a “mild hybrid”) is probably the type of EV that is most encountered in the wild. These use electric and combustion motors in tandem, with the electric motor being charged by the energy created by the braking system of the vehicle. Because an HEV’s gas-powered motor is assisted by the electric motor, HEVs can get significantly higher gas mileage than a normal vehicle. The Toyota Prius and other hybrid models from the early 2000s are examples of HEVs.

More and more, the standard HEV is being eschewed for the Plug-in Hybrid. Like regular hybrids, PHEVs use an electric motor in conjunction with a combustion engine, but the electric motor can be charged by plugging in. Many PHEVs also allow drivers to switch between the electric and gas engine, and some even use gas-powered emissions as part of the process to keep the electrical systems running in the car. The demand for PHEVs is growing and many car makers offer PHEV versions of popular sedans, crossovers, and SUVs.

The range of electric vehicles is a common sticking point for many people considering switching to any type of EV. According to Consumer Reports most BEVs (fully electric vehicles) will get between 200 and 260 miles on a single charge, with some long-range versions going over 300 miles. Compare this to a regular gas-powered car that will get between 400 and 500 miles on a tank of gas. Plug-in hybrids, however, because they use the two types of engines in tandem can go well over 500 miles and in some cases over 600 miles on a single tank of gas. The downside of this is that while gas mileage goes way up, the electric motor on its own only has a range of 40-60 miles.

In most cases, if you decide to purchase a new EV you’ll need to become acquainted with charging stations. As charging points become more common, city driving in an EV is becoming less and less of an issue. However, with BEVs and PHEVs needing to be plugged in at some point, long trips may require some serious planning. EV owners will soon find that there are different levels of chargers, each with its own pros and cons.

This is, literally, plugging your car into a three-pronged 120-volt outlet, as you would have in your home. The upside is the convenience, and cost as this type of charging is free and can be done at home. However, a vehicle will only gain about 5 miles of range for every hour of charging. So you’ll need to plan long charging sessions accordingly.

These are the chargers that are becoming more and more common around cities and larger towns. You’ll often see them pop up in parking lots of shopping centers. These use a 240-volt outlet that is similar to what you’d plug a washer or dryer into. Much like a gas station, however, these chargers aren’t free. Most level 2 charging stations will cost you between 20 and 25 cents per kilowatt hour (kWh). This means charging a small car will likely cost somewhere between 10 and 20 dollars to fully charge.

A note about Tesla chargers: Because Tesla uses proprietary technology for their cars, you’ll need to purchase an adapter to use a non-Tesla charging station, and an adapter costs usually begin at about $120.

Take a quick browse through current car prices and you’ll quickly find that EVs are more expensive (sometimes, much more expensive) than normal gas-powered vehicles. However, the sticker price doesn’t necessarily tell the whole story. First, the federal government offers a $7500 tax credit for some EVs. Second, some states will also provide tax credits for both the purchase of an EV and to help offset the purchase of a home charging station. And lastly, the long-term fuel cost savings alone may make the price bearable for some car buyers.

All in all, while not a perfect alternative to gasoline-powered cars yet, EVs certainly appear to be the future of transportation. Have questions about EVs or how we deal with them? Contact us or come into any of our 6 locations across Central and Eastern Nebraska.