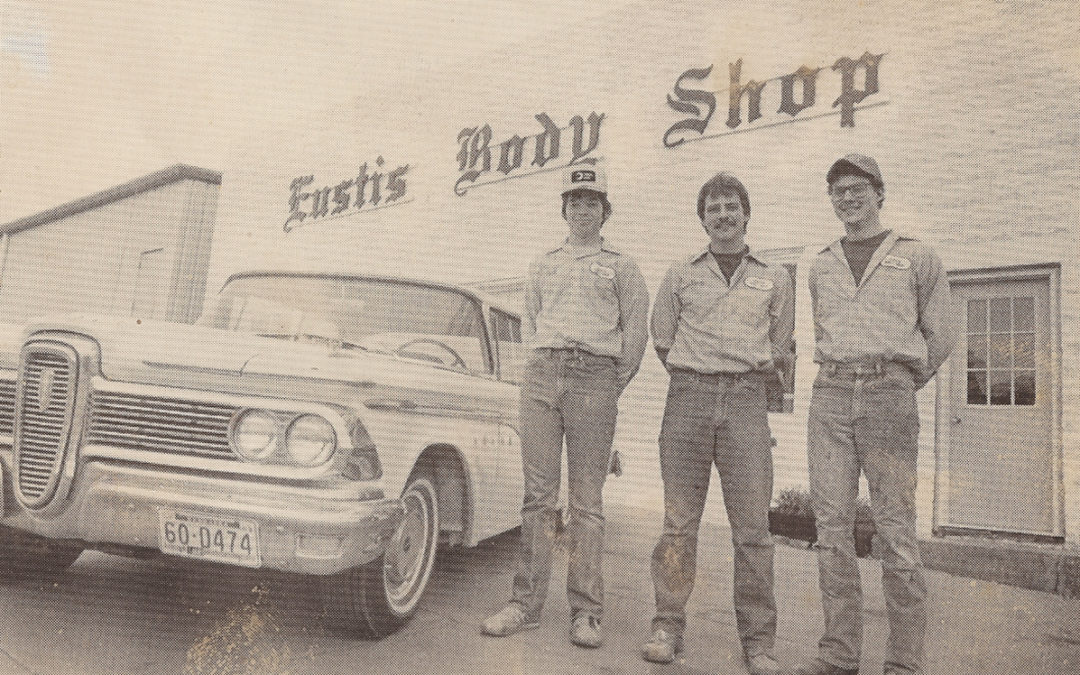 Forty years ago, Doug Keller stood in front of the white stone building on Main Street in Eustis and wondered what he had just gotten himself into. At just 20 years old, Keller was the proud new owner of that white stone building, which would soon become the first Eustis Body Shop location in the state.

Keller remembers being excited and a little scared. He had just written a big check to purchase the building, and wasn’t sure if he would ever be able to pay it back.

He didn’t know it then, but this building would be the first of many shops and the beginning of four decades of business in auto body repair.

Just months before this moment, Keller received his degree in auto body technology from Southeast Community College in Milford, NE. Cars had been a passion of his, and he knew he wanted to turn this passion into a business.

But before he could get this business up and running, the white stone building would need some serious attention as it was not suitable to work in.

With the help of his grandfather Clarence Keller, who had also loaned him money to purchase the shop and helped him every step of the way, Keller got to work with his father and brothers. They cleaned the building, repaired the leaky roof, and brought in the equipment needed to repair and paint cars.

After three months of hard work, Eustis Body Shop opened its doors to customers and has served Eustis and the surrounding communities ever since. Now, the shop in Eustis has five employees and is managed by Jerud Banzhaf.

Eustis Body Shop also is affiliated with Eustis Mechanic Shop managed by Joe Bihlmaier. Bihlmaier started in the body shop location and then soon ran out of room. His shop was purchased in 2006 and employee four mechanics.

In 1988, Eustis Body Shop expanded to Lexington, when the local Ford dealership disbanded their auto body business. Managed by Dave Berke, a longtime employee, Eustis Body Shop built a new location, in 1994 just off the new west overpass in Lexington and is staffed with six employees.

Green’s Body Shop of Grand Island, NE, with two locations, was purchased by Eustis Body Shop in 1991. Eventually, those two locations were combined into the current shop of nine employees, is just off west Old Highway 30, and is managed by Doug Miotke.

Eustis Body Shop in Kearney was built in 1997. Glen Brown, formerly a body technician at the original Eustis location, manages the Kearney shop and its 13 employees. Kearney is the highest volume shop at this time. 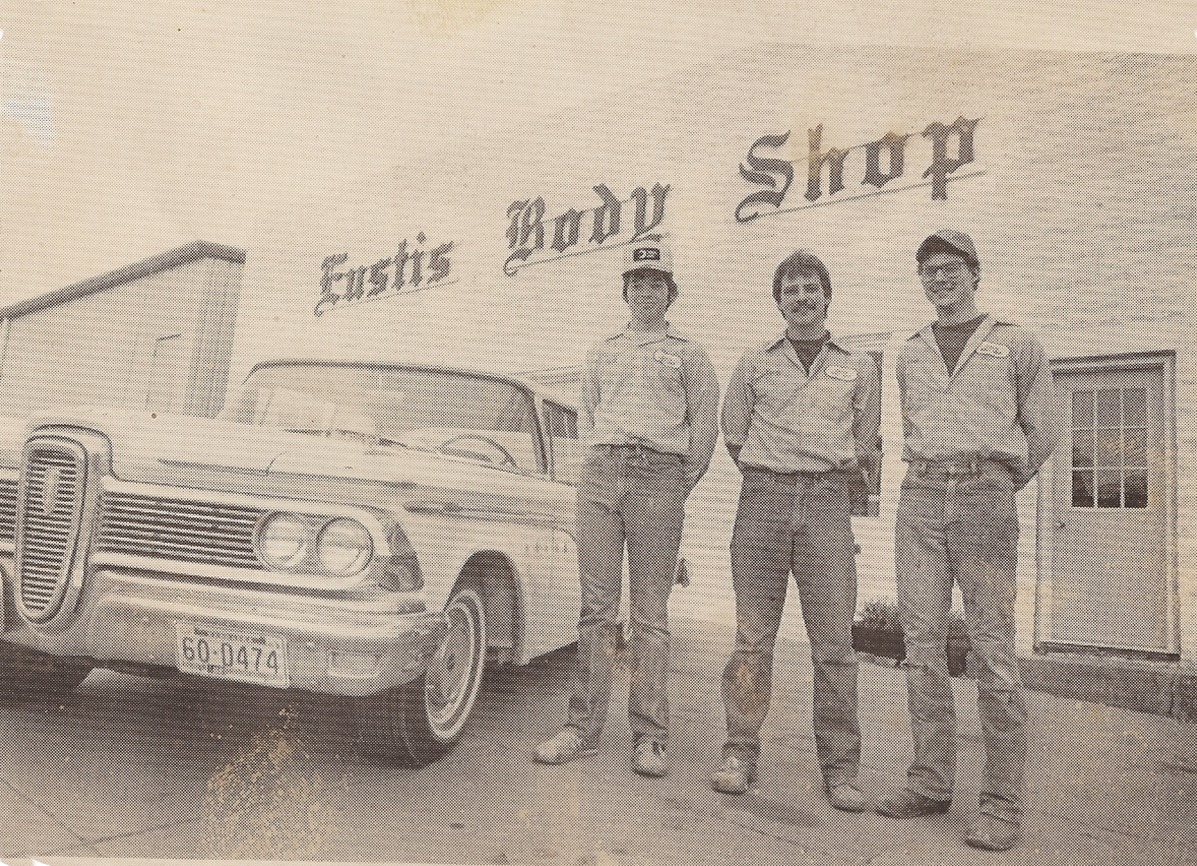 The Cozad shop, with five employees, is located just off Meridian Avenue, the main entrance into Cozad from 1-80, and is managed by Bill Vollenweider.

The newest addition to the Eustis Body Shop franchise came in July of 2018 when the company expanded to Lincoln and opened the doors to a brand new, state-of-the-art shop at 87th and Highway 2. The shop has grown tremendously in the last year, as it started out with five employees and is now at 13 employees. The Lincoln location is managed by Bryan Modlin.

Despite having multiple locations and over 60 employees, Keller has stayed true to his early belief in good quality business ethics. By combining the latest technologies in auto body repair with highly trained employees, Eustis Body Shop is able to perform repairs quicker and return vehicles back to factory specifications in an efficient manner.

A trusting customer relationship and hard-earned reputation for quality work has been their primary goal for 40 years.

In order to help Eustis Body Shop celebrate this milestone, the public is invited to help celebrate four decades of business at the body shop’s Anniversary Party Friday, July 26 at the Eustis shop. There will be food and refreshments starting at 1 p.m. with a dinner to follow starting at 5:30 p.m. The party will end at 10 p.m.

Additionally, the KRVN Crew will be at the shop from 1-3:30 p.m. with the “Bringing It Home” Ram Club Cab Pickup that you can register to win.