Rust Repair: What to Know 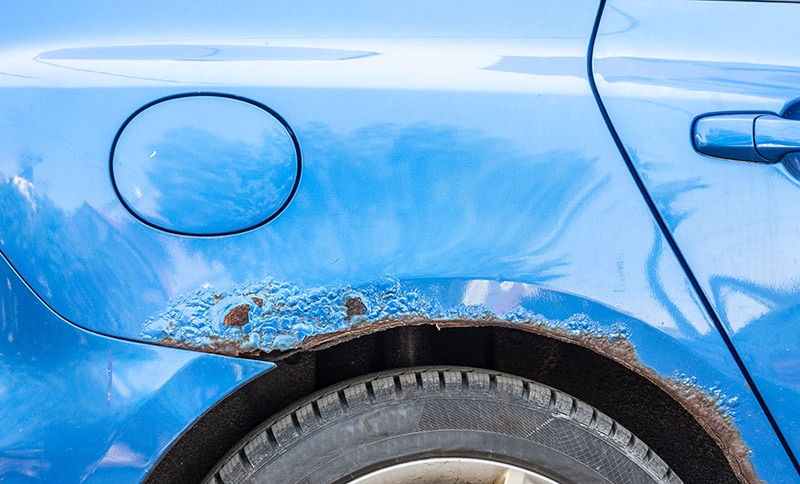 Rust. You’ve seen it on lots of older cars and even some newer ones. It feels like an inevitable part of a car aging. You know you don’t want it, but can you avoid it? And if you see rust on your car, can it be repaired? Let us help. We’ve got some info about rust, how you can keep it from happening and what to do about it once it’s there.

First off, rust is actually iron oxide, the result of a chemical reaction that occurs when metal (like the body of your car) is consistently exposed to oxygen and water. Without getting hip-deep in the chemistry of it all, save it to say that after a while some parts of your car’s body are the perfect environment for rust to form. And in Nebraska, specifically, the salt from the snow/ice trucks can be particularly harmful.

How do I avoid rust?

Keep your car’s exterior clean. It’s the perfect first step to fight the formation of rust. It’s also important to wash your car before you begin to see dirt and grime since the rust can begin to set in on a microscopic level before you even realize the car is dirty.

Giving your car an occasional inspection can also help to spot problem areas or paint damage that has exposed the car’s metal body to the elements. Pay particular attention to door seals, drains, and other places water might collect. Make sure you clean out those wheel wells regularly and putting some cavity wax behind the panel will help prolong rust protection.

If I see rust can I get it repaired?

Yes, you can, and we can help! It’s important to get rust repaired as soon as possible, to prevent it from spreading. Spotting and repairing rust early can not only save your car’s appearance but can save you hundreds or even thousands of dollars in repairs later on. Once rust has started, generally, the best option is to replace the panel as a whole as it rusts from the inside out.

For answers to questions about rust or any other automotive issues, contact us through the website, call at, or stop into any of the 6 Eustis Body Shop locations in Nebraska.